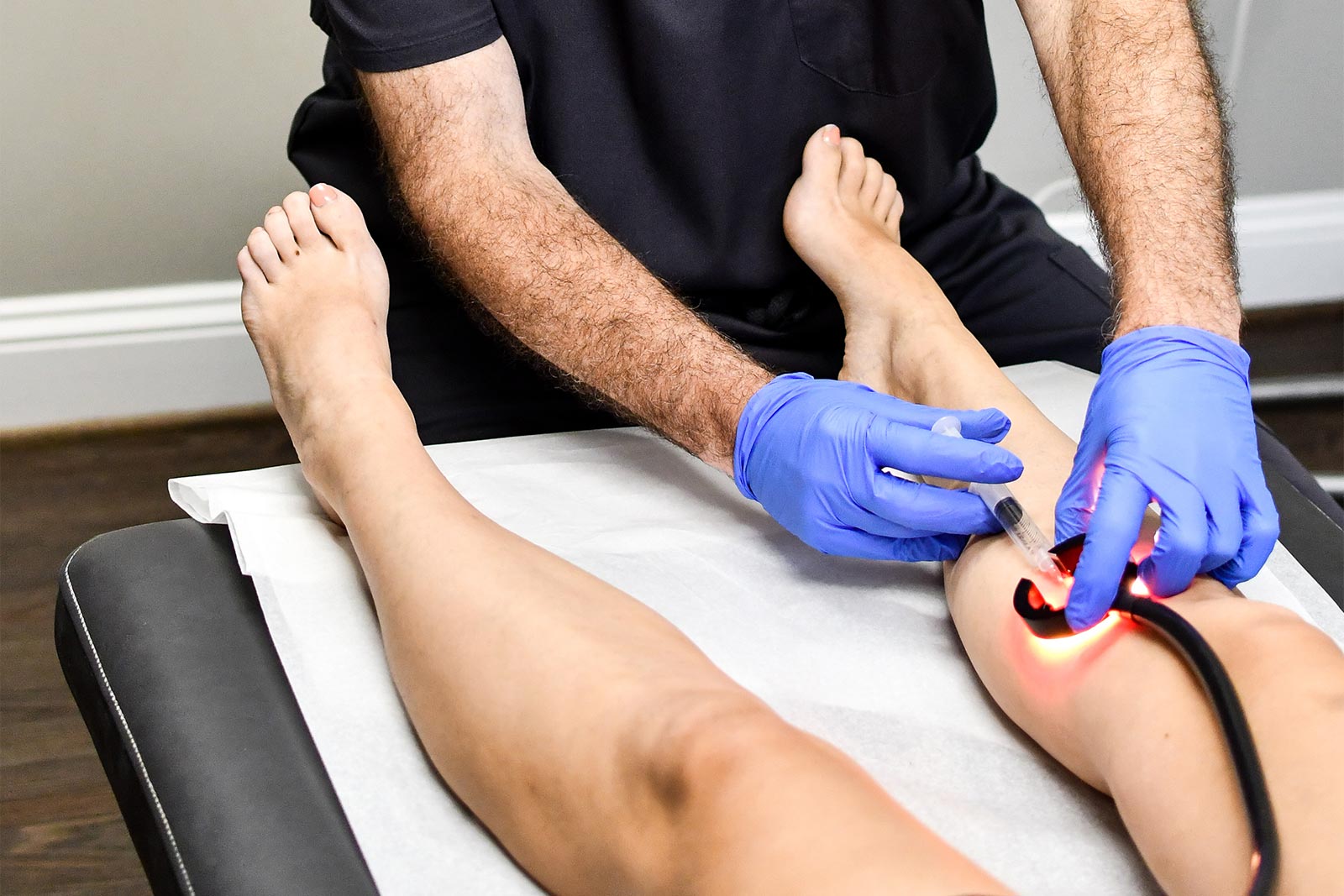 Endovenous laser ablation, also known as EVLA, is essentially the same procedure as radio frequency ablation (RFA) as described in a previous page. Like RFA, EVLA is performed in the office using only local anesthesia, and takes about 30 minutes. The only significant difference between the two procedures (EVLA vs RFA) is that EVLA uses a catheter that emits laser energy to close the vein, whereas the RFA catheter uses radio frequency energy. Both are extremely effective in treating varicose veins.  Also as with RFA, nothing is left in your body – the laser catheter is completely removed after the vein has been closed.

Recovery, side effects, activity levels after the procedure, and final results are also essentially the same as with RFA. There are a few technical differences between the two procedures that can make one procedure or the other preferable. Your board certified vascular specialist physician at Carolina Vein Care & Aesthetics will make the right determination of procedure choice so that you get the best result possible.

Patient Testimonials Some of Our Favorite Success Stories